The Interceptor 650 was literally unable to find anything else on the list of the 2019 IMOTY competitor who took home last year’s prestigious prize. To my surprise, it was shortly afterward part of the OVERDRIVE long-term boat. It was an exciting year, to say the least since we had the riding lot nearly every Friday in the workplace fight as to who is going to take the bike home that evening and then on a Saturday morning trip. And it’s quite a long list of reasons we love it. Although its architecture is basic, the Interceptor 650 looks beautiful enough to make my motorcycle park almost every time! And besides that, the bike still today attracts tremendous attention on the road, despite its value quotient as a royal sector over a year after its debut.

Then, the refining and efficiency of its twin-cylinder engine, particularly when it came out, surprised many at both sides by Interceptor 650. Clearly the Interceptor 650s motor was one of its biggest achievements and is a class act, apart from its excellent pricing. The motor is amazing on each forehead, be it the exhaust sound, the smoothness, the grunt at low revs or the top end grunt. The overall performance is satiating and I must admit that it is addictive to speed up and to get to triple-digit levels. Fueling was consistently accurate as well, which contributes to the excellent roads of the vehicle.

The build quality is then there. The Interceptor is a serious improvement from the standard that we saw earlier at Royal Enfields. The company has been slowly improving quality levels, but it is a quantum leap. Even though our interceptor is over a year old, it looks as good as new, just a simple and later polished wash which impresses the quality of paint and surface finish. This is particularly true given the humid, coastal air in Mumbai and the city’s relentless monsoons.

The Interceptor 650 has been shown to be extremely reliable. Because our long-term motorcycle has been powered by various team leaders (all of whom have somewhat different riding styles), the motorcycle has performed well throughout the battering. In that situation, a few months ago, due to the stress accrued over time, the piston containing the gear lever was broken up, leaving me with a gear shift that slung from the attachment shaft. The bolt was in place. A check of the bool shows that the bike requires a bolt of a larger diameter because it is strained by the trigger, on which RE is already operating.

I managed to use an unconventional approach to push my bike securely, a highlight which is the bigger, although the Interceptor 650 is a midweight motorcycle, without the sophisticated machinery that most big bikes today are able to offer. Of note, Royal Enfield removed the bolt easily and almost instantly the machine was back in action. Finally, when the station was hit, the revolving seat sold as an option was substituted by Royal Enfield. Yet I didn’t have to take much time to make the traveling seat any smoother. 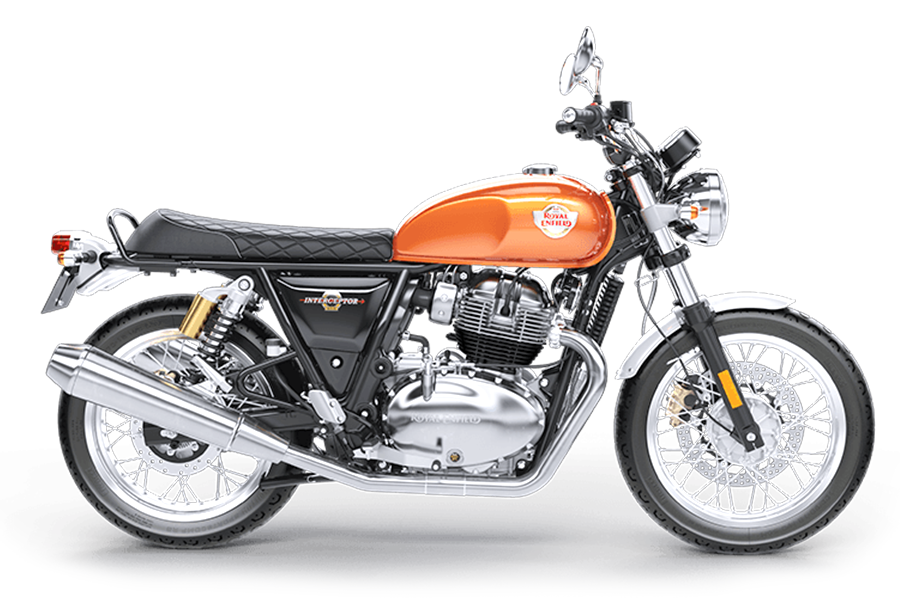 The seat is too soft and easy to fall into and is a problem for prolonged travel. Due to this, the competition seat has become somewhat safer and sitting in the chair is no longer of importance. The traveling seat is valued at Rs 4,000, which I would consider if I were to schedule long journeys to members. Royal Enfield also provided us with a flyscreen (we have the short one, which is available in two versions at Rs 1500). The camera not only contributes to the visual appeal of the motorcycle but also includes some safety from the storm. I can guarantee that these two items have been carefully designed to provide more comfort.

The Interceptor 650 is now returning to Royal Enfield as much as I would like the vehicle to be with us for longer, despite having finished its operation. I ride many motorcycles as a motorcycle testator that are distinguished by their technology, efficiency, capacity, and style. Since motorcycles change quickly, motorcycles that enjoy their simplicity are increasingly rare. One of these is definitely the Royal Enfield Interceptor 650.