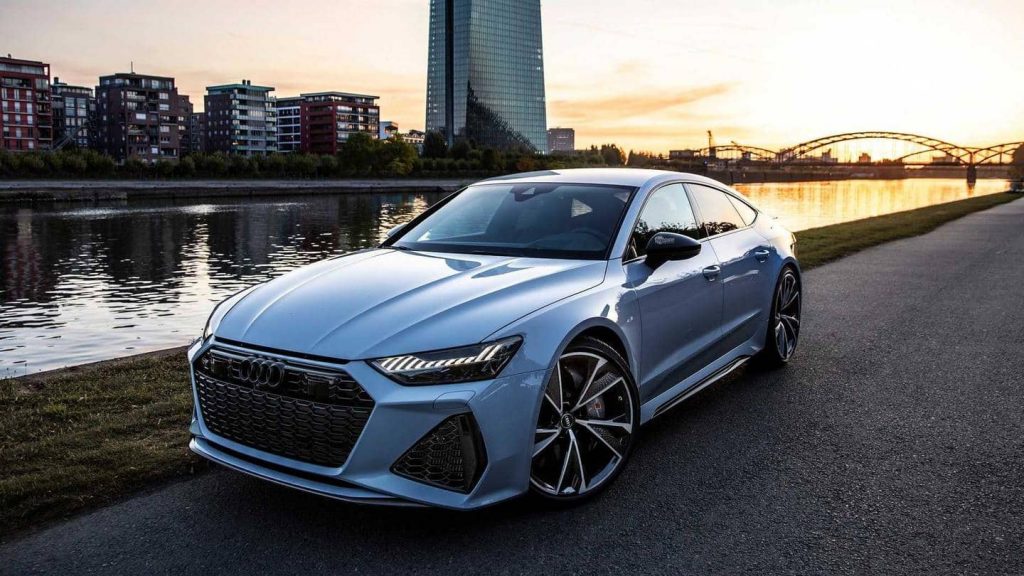 It is not surprising to find out that most of the leading marques worldwide are German-based. The country has been producing high-end luxury and sports vehicles from time immemorial and continues to do so even today. One such renowned car manufacturer is Audi AG, founded in 1909. A part of the Volkswagen Group, it has been setting expectations of car enthusiasts globally for over a century.

Audi came to the Indian shores in 2007 and since then, there has been no looking back. Initially, it was under the Volkswagen Group Sales India but since have established their own sales company in the same year. With quite a few cars in the pipeline for a launch, the 2020 Audi RS7 Sportback is leading the pack its 16th of July, 2020 release date.

Audi’s latest car in India, the 2020 RS7 Sportback is the second-generation model and the performance version of the new-gen A7. It is a CBU (Completely Built Unit) and offers many more styling options than the regular A7.

The new car comes with a mighty grille in the front, LED headlamps, 21-inch wheels, triangular-shaped vents on each side of the front bumper and different coloured ORVMs. The rear features a redesigned bumper with carbon fibre inserts and a blacked-out diffuser. Along with those, it has LED taillights and oval-shaped dual exhausts. It also comes equipped with an RS exclusive lighting sequence and illumination for the ground.

On the inside, the car features the brand’s MMI dual touchscreen interface with a flat-bottom steering wheel with paddle shifters. It also boasts a virtual cockpit and black sport seats made out of Nappa leather. Other optional features including a sport suspension, carbon-ceramic brakes and 22-inch wheels are also available.

It comes with a four-seat set-up with a two-place back seat. But an updated three-place backbench variant is available, pushing passenger accommodation up to five.

The 2020 RS7 has a 4.0 litre, twin-turbocharged petrol V8 that will have the power to deliver a 600hp and 800Nm of torque. With lower power and higher torque than the last-gen RS7, the V8 engine accelerates the beast from 0-100kmph in just 3.6 seconds. All of this power is transmitted to each of the four wheels through Audi’s Quattro all-wheel-drive system. It comes with an eight-speed automatic gearbox, making it the most powerful RS7 yet.

The RS7 also comes with a 48-Volt hybrid system along with a belt-driven motor-generator. The package also includes a small lithium-ion battery which also helps in regenerative braking and engine stop-start.

The 2020 RS7 model will have a host of colours to choose from, from Nardo Grey, Daytona Grey Pearl Effect, Misano Red Pearl Effect, Daytona Grey Matt Effect, to Glacier White Metallic, among others. The exterior styling packages would also be available with black, carbon and matte aluminium option.

Since the RS7 Sportback is a CBU model, the car has launched on the expensive side with the price of 1.94 crores (ex-showroom). Deliveries are set to proceed in August 2020, with booking via Audi’s online sale platform.

With a mid-July market launch, the 2020 Audi RS7 Sportback has received rave reviews by automobile experts across the board. With bold decisions in style and performance, the RS7 aims to impress everyone. Audi has only marched forward in their journey of satisfying its customers, it is no different this year. So, brace yourselves for the all-new 2020 Audi RS7 Sportback.