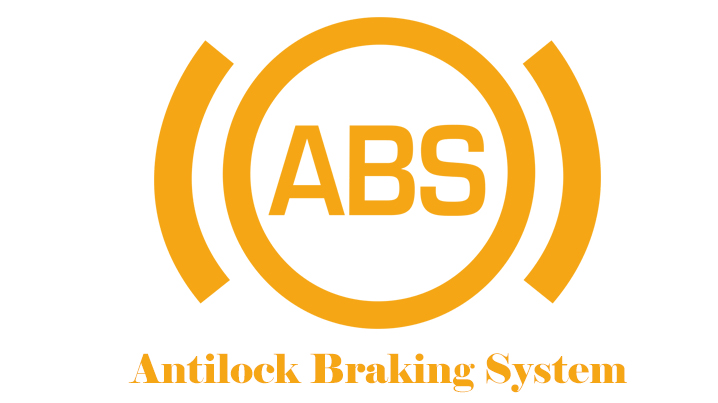 As the name signifies, Antilock Braking System (ABS) is an active safety system used on aircraft and on land vehicles, such as cars, motorcycles, trucks, and buses. It is also known as the anti-skid braking system. It keeps vehicles wheels from locking up and helps their drivers to maintain steering control and thus avoid uncontrolled skidding of the vehicle and decreases the distance traveled without slipping.

The Antilock Braking System has a simple basic theory of working, having the following components:-

It is a vehicle speed sensor which continuously monitors the speed of each wheel. It doesn’t interfere with the operation of the wheel as long as all the wheels have comparable speed. If it finds any mishap with the speed of wheel then ABS module unit comes into action.

When it receives the low-speed signal from wheel speed sensor, ABS module orders the brake control unit to reduce the braking force of that wheel.

The brake control unit reduces the line pressure with the help of valves in the system. When the braking force decreases, the wheel starts rotating at a higher speed, thus avoiding the lock of wheels. Thus the vehicle moves according to the driver’s input without skidding as the stability of the vehicle remains intact. Therefore the normal condition restore, the Brake control unit restores the hydraulic pressure in the brake line with the help of a pump.

The main benefits of ABS include the following:-

ABS prevents lock-ups and skidding even in slippery conditions. So, it has proven to be a life-saving device in icy areas and on slippery targets to control the situation by helping drivers in controlling their vehicle.

Being a thoroughly tested safety device with a good record of effectiveness, the insurance company gives customers specific discounts for having ABS system on their vehicle.

ABS being a good feature has increased the market value of the vehicle. Nowadays, where ABS technology has become standard on many vehicles, not having it could result in low exchange value.

Disadvantages of the Antilock braking system

Some drivers report that they find it difficult in some situation in stopping vehicle due to some errors in the system.

It is not pocket-friendly for all classes of people as it is too expensive to maintain.

ABS is so delicate system and can cause a problem due to messing around with the brakes.

Antilock Braking System is necessary for the people as it less the risks of accidents and so many fatal conditions on road but we shouldn’t become dependable on it. Having ABS fitted is not an excuse for speeding in a hazardous situation or late braking. Even though we may have ABS fitted in our vehicle but we still have to maintain a safe distance from other vehicles.