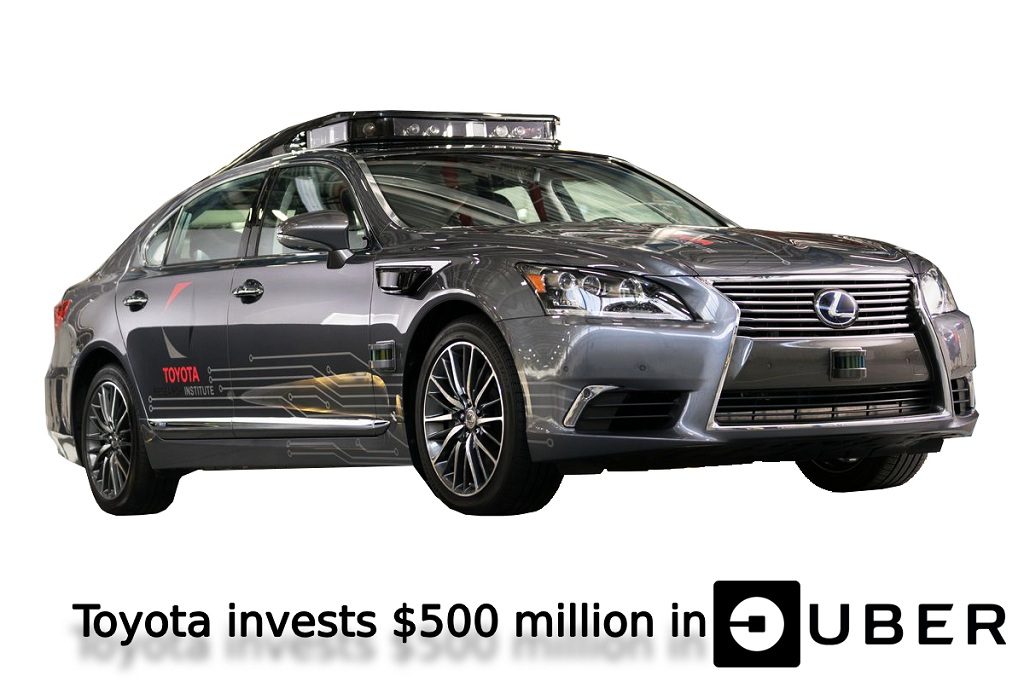 In latest car news Toyota and Uber are joining hands to bring to market on demand autonomous ride-hailing service. Toyota has decided to invest $500 million in the project.

The agreement states in a joining of car technologies Toyota Sienna minivans will be equipped with Uber’s Automated vehicle technological systems and then deployed within the ride-hailing company’s network.

The deal is unusual since a third unknown fleet operator would own and operate the new autonomous vehicles. Preliminary deployments may get started on the Uber ride-sharing network in 2021. It is a move which should aid further improve Uber’s image particularly following the deadly Automated vehicle accident earlier this year in March.

Toyota (and its research arm the Toyota Research Institute) provides a unique deployment technique for autonomous vehicles as compared to its competitors. The organization has previously said that plans to take a new dual method to the autonomy of which it calls “Guardian” in addition to “Chauffeur, ” both these styles which often use the same technological systems.

Toyota’s idea is usually to develop fully independent cars to serve an aging population and typically the disabled as well as focus on technology for typical production cars that may convert between assisted as well as autonomous. This “guardian” technology would operate seamlessly in the background. Car comparison with other competitors is not possible at this stage.

A new era of driverless cars is here

Under this new arrangement, Uber’s autonomous driving method and the Toyota “guardian” Automated vehicle safety support method would both be incorporated into these Autono-MaaS automobiles.

Toyota will also employ its core information system for linked vehicles – something that it usually calls a mobility services platform or MSPF. It would help increase knowledge of how to maintain/service a car.