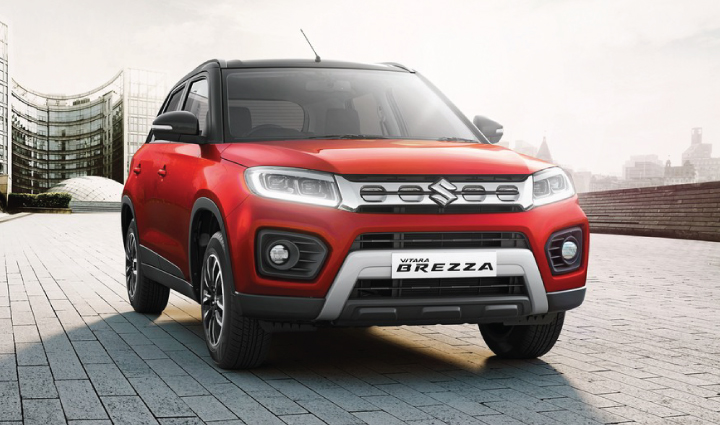 Suzuki, a Japanese carmaker, is said to be putting the finishing touches on the next-generation Vitara SUV. The new model will have a variety of upgrades and modifications to help it compete in the fast-growing compact SUV category. According to the rumour, the new Vitara will be introduced in October, and global sales will begin by the end of the year or early in 2022.

The 2022 Suzuki Vitara will have a much more aggressive design than the current model. The redesigned Vitara will compete in foreign markets against vehicles such as the Kia Seltos, Hyundai Kona, Toyota C-HR, and others. The new Vitara is one of three new vehicles set to hit European showrooms in 2021. The new Jimny and the LWB version of the Jimny SUV, which has been observed testing in Europe, might be the other two vehicles.

The 2022 Suzuki Vitara will be larger than the current model, standing taller, broader, and longer. It will have a more aggressive grille, a more rakish profile, and more visible lines. The cabin is also slated to undergo significant alterations in order to compete with its competitors. For the all-new multimedia system, it is anticipated to have a larger touchscreen display. A new digital instrument console, wireless charging technology, and increased material quality are also promised for the SUV.

The new Vitara will be built on a redesigned monocoque basis, which will allow Suzuki engineers to increase interior room and payload capacity. According to rumours in the media, the SUV would keep its current 2,500mm wheelbase. The platform is anticipated to be Suzuki’s new HEARTECT platform, which already underlies the S-Cross crossover in a few regions. The platform, on the other hand, will be redesigned to handle critical electrification needs as well as current connection capabilities.

The 1.4-litre 4-cylinder turbocharged petrol engine, which is also available on the current Suzuki Vitara, is projected to power the 2022 Suzuki Vitara. This engine is also likely to come standard with a front-wheel-drive arrangement and an optional AllGrip all-wheel-drive system. This engine will benefit from mild hybrid technology, which incorporates a 10kW electric motor, 48-volt batteries, and regenerative braking for better fuel economy.

The 1.0L 3-cylinder turbocharged petrol engine may also be found in the entry-level models. Suzuki may source Toyota’s complete hybrid system for the next Vitara, according to media conjecture; however, no official announcement has yet been made.

The next-generation Suzuki Vitara is unlikely to be released in India. Instead, MSIL and Toyota are working together to produce a mid-sized SUV to compete with the Hyundai Creta, Kia Seltos, and forthcoming mid-sized SUVs such as the VW Taigun, Skoda Kushaq, and MG Astor. According to reports, the new SUV would be built on Toyota’s DNGA platform, which also underlies the Toyota Raize and Daihatsu Rocky.