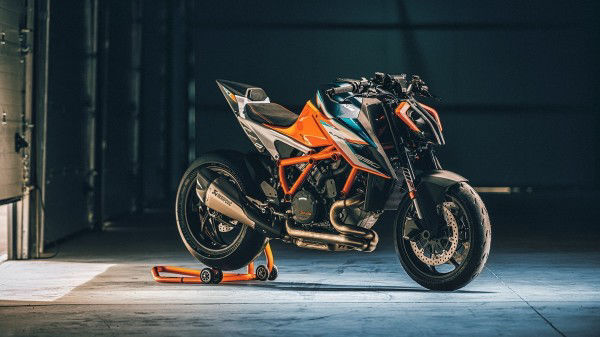 KTM is preparing to release a new version of its famous 250 Duke naked street bike. For 2022, the two-wheeler will undergo a massive redesign and will emerge in a much better form. The concept for the new 250 Duke was recently spotted on public roads undergoing trials. The spy picture shows all of the minor and major improvements that will be made to the current bike in 2022.

To begin with, the 250 Duke will have a more aggressive exterior design that appears to be based on the flagship 1290 SuperDuke R motorcycle. KTM has tweaked the rear profile of the motorcycle and installed a new side-mounted rear suspension assembly thanks to razor-sharp body panels all over and a new subframe configuration. In addition, instead of the conventional trellis style, a new swingarm with a wavy shape has been added. The exhaust system seems to have changed, and the engine may have received minor tweaks, but this is still unconfirmed.

It’s worth noting that the 250 Duke model isn’t due for an overhaul for quite some time, so the firm has a few more years before it introduces kinks on the baby naked bike.

By the end of 2021, the all-new 250 Duke is expected to make its global debut, during which it will be added to the Indian market. In India, it will continue to compete with the Suzuki Gixxer 250 and the Bajaj Dominar 250.

KTM is preparing to launch the new RC390 in India very soon. The current model has also been removed from the official website, and the 2021 model is scheduled to be released shortly.