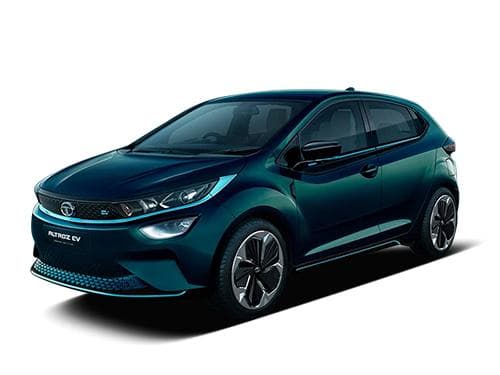 On electric vehicles in India, Tata Motors is going big. A few months ago the company launched the Tigor EV expansion and released its first Crossover, the Nexon EV that is also on sale in India shortly. The rollout is now underway. It is clear, thus, that the Tata Althroz EV, which was unveiled at the 2019 Geneve Motor Show, is the next electric vehicle from the stable of the homegrown automaker. Nonetheless, when we recently asked Shailesh Chandra, Tata Motors, President of Electrical Mobility, for the launch time of the Altroz EV, he said, “There’s no deadline, but it should be what I’d imagine within 12-18 months.” This ensures that only in the first half of 2021 is a fully electrical luxury hatchback arrives.

Now Tata Motors is preparing to launch the Tata ALTORZ, which is expected to arrive later this month, as a standard internal combustion engine (ICE). Probably next will be the Nexon EV and the Tata Nexon 2020 facelift, followed by a BS6 version of its existing models, such as Tiago, Tigor and Harrier. In August 2019, Chairman Tata Motors, N Chandrasekaran, announced the company will be launching 4 electric models in India in the next 18 months. The first two are the Tigor EV long-range, and the Nexon EV, then the Altroz EV, with a fourth unrevealed model to follow. The business is therefore expected to be completed before 2021.

As for the Tata Altroz EV, we witnessed first a concept version of the car at the Geneva Motor Show in March 2019, and the all-new ALFA (Advanced Light Flexible Architecture) electric version is designed like its ICE equivalent, too. At the time, Tata also said the new architecture is light and flexible, enabling it to handle connected / hybrid / electric cars as well. Tata announced that all upcoming electric vehicles, beginning with the Nexon, would be using Ziptron’s powertrain technology while too early to reflect on the technical specification. The car comes with an IP-67 rated Lithium-Ion battery with an 8-year warranty. Both Ziptron-powered EVs are supplied in a single charge with a range of over 250 km.