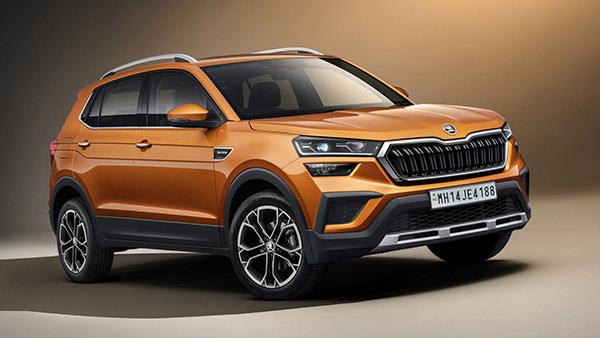 The Skoda Kushaq is the newest addition to the mid-size SUV market. The SUV’s price ranges from Rs 10.49 lakh for the base 1.0L TSI turbo Active model to Rs 17.59 lakh for the top-of-the-line 1.5L TSI turbo Style AT model. The Kushaq competes against the Hyundai Creta and Kia Seltos in this price bracket. The manufacturer stated at its introduction that it plans to sell 30,000 units in 2021, including 21,000 units of its new mid-size SUV. In 2022, the business plans to sell 60,000 units. In the near future, Skoda may potentially release the Kushaq Monte Carlo Edition.

As a new top-end model of the Kushaq SUV, the Monte Carlo Edition will be released. Extras like a digital instrument panel and sporty leather seats with contrast stitching are expected to be included. It might have a contrast black grille, freshly styled alloy wheels, and chrome accents on the outside, similar to the Skoda Rapid Monte Carlo. The Skoda Kushaq Monte Carlo edition, on the other hand, might be limited to the more potent 1.5L TSI turbocharged petrol engine with 150bhp.

The Kushaq is Skoda’s first car built on the MQB A0 IN localised platform. It has two turbocharged petrol engines: a 1.0L 3-cylinder engine and a 1.5L 4-cylinder engine. The former produces 115bhp and 178Nm, while the latter produces 150bhp and 250Nm. A 6-speed manual gearbox is offered for both motors. A 6-speed torque convertor automatic and a 7-speed DSG automatic transmission are available for the 1.0L TSI and 1.5L TSI gasoline engines, respectively.