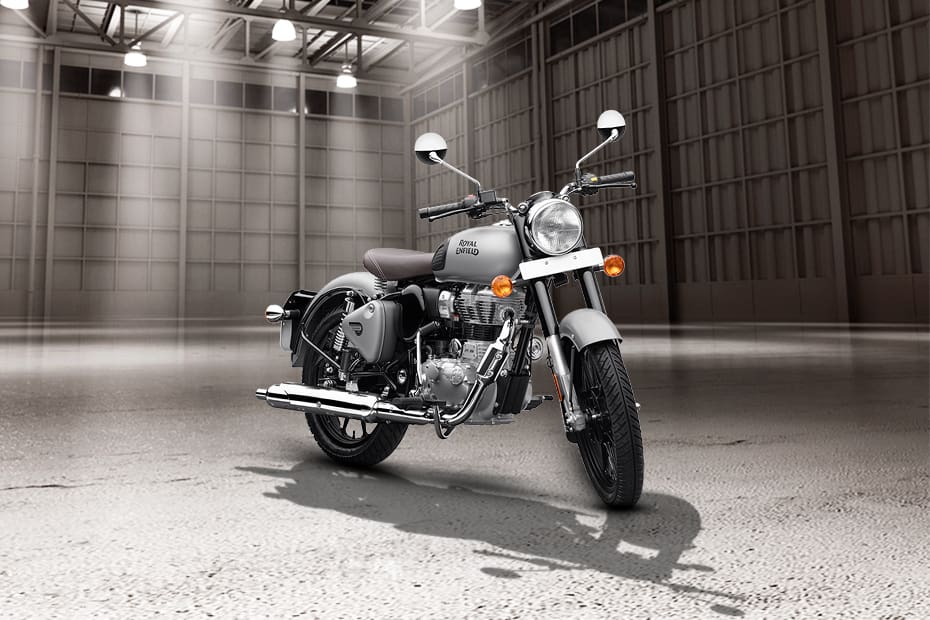 Royal Enfield is preparing to introduce the much-anticipated new generation RE Classic 350, which has already been sighted on Indian roads. The new Royal Enfield Classic 350 was reportedly spotted in Jaisalmer, Rajasthan, while filming an official TV ad.

The Classic’s precise debut date has yet to be revealed by the business. The motorcycle’s readiness for debut has been confirmed by recent sightings during TVC shoots. The new Royal Enfield Classic 350 is expected to debut in August 2021.

The new generation The Royal Enfield Classic 350 keeps the original model’s design while adding some new improvements. Retro-styled round headlights with chrome bezels, chrome plated exhaust, round-shaped rearview mirrors, a teardrop-shaped gasoline tank, and prominent front and rear fenders are all features of the motorbike. It has a new taillight and indicators, as well as a more compact back profile.

The television commercial depicts three different models of the new Classic 350: a single-seater, a twin-seater, and the 350 Signals Edition. Alloy wheels will be standard on the Signals edition, while spoked wheels will be standard on the normal versions. The new generation RE Classic 350 is built on the same design as the Meteor 350. The new platform, dubbed the “J” modular architecture, will be utilised to build a new breed of RE 350cc bikes. The Meteor 350, which replaces the famous Thunderbird moniker, is said to have enhanced overall ride quality and characteristics thanks to its dual downtube spine structure.

A 19-inch front and 18-inch rear wheel with spoked rims will be available on the new RE Classic 350. Tubeless alloy wheels may be available on the top-end model. The bike’s instrument cluster has been updated to include a separate digital readout with fuel gauge. The new Royal Enfield Classic 350 will be driven by a 349cc fuel-injected engine with a maximum power output of 20.2bhp at 6,100rpm and a maximum torque output of 27Nm at 4,000rpm. It will be mated to a 5-speed transmission.