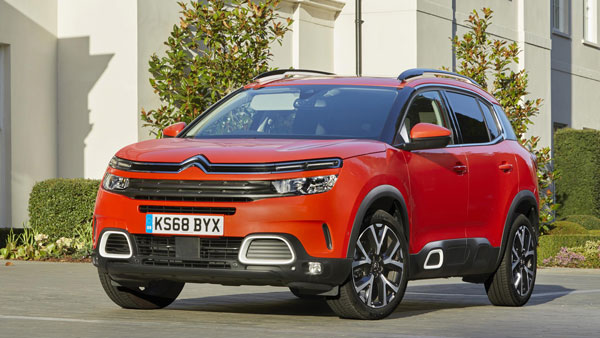 With the introduction of the Citroen C5 Aircross SUV, PSA Groupe officially began operations in India. The C5 Aircross is the French carmaker’s flagship brand in India, priced at Rs 29.90 lakh ex-showroom (for the base model). Unlike the luxury SUV, which is imported CKD, the upcoming Citroen models will be built in India with over 90% locally sourced components and export platforms. According to reports, the company will introduce a new hatchback and crossover/compact SUV as part of its C-Cube plan. The upcoming Citroen hatchback, codenamed CC21, will compete with vehicles such as the Hyundai i20, Tata Altroz, and Maruti Suzuki Baleno. The upcoming Citroen compact SUV, codenamed CC21X, will compete against the Kia Sonet, Maruti Suzuki Vitara Brezza, Hyundai Venue, and Ford EcoSport, and will be based on the hatchback. Citroen’s CMP (common modular platform) architecture is likely to be included in both versions. Several Citroen, Peugeot, Opel, Vauxhall, and DS vehicles are built on the same base.

The latest Citroen hatchback and compact SUV will both have the largest touchscreen infotainment systems in their segments, according to the article. The new Citroen models, including the C5 Aircross, are expected to come with a slew of comfort features. It would be premature to make any observations about their interior. However, we anticipate a premium sound system, dual-zone climate control, cruise control, steering-mounted sensors, rear AC vents, air purifier, leather seat upholstery, wireless charging, smart car features, dual airbags, ABS, EBD, Isofix infant seat anchorage points, and other features.

The new Citroen models are expected to have a 1.2L turbocharged petrol engine with 118bhp and manual and automatic transmission options. The compact SUV is expected to be equipped with a 1.2L gasoline engine with ethanol blends ranging from 27% to 100% biofuel.