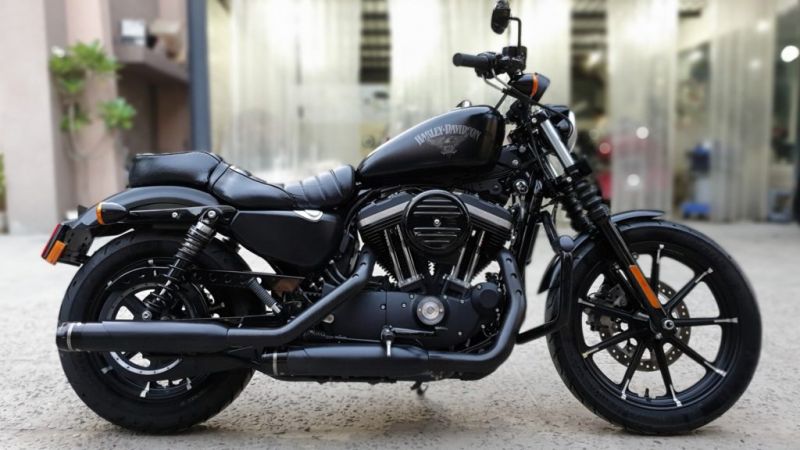 Harley-Davidson and Qianjiang, a Chinese two-wheeler manufacturer, revealed their collaboration in 2019. (the parent company of Benelli). There were no public specifics about the joint venture’s upcoming project, but rumours were circulating that it would produce a new entry-level roadster. The new roadster will be advertised as a Harley Davidson model.

The new motorcycle is planned to be built on the Benelli 302S platform and aimed at Asian markets. Harley-Davidson also introduced the 338R Street Tracker concept, which was based on the 302S but featuring a different engine. Although no information about the upcoming product has been released, a new series of photographs of a Harley Davidson prototype has surfaced on the internet. The latest motorcycle is built in the classic Harley-Davidson style. The pictures show a classic cruiser motorcycle with Harley-signature Davidson’s styling features.

According to the article, the new motorcycle will be equipped with a 296cc V-twin engine capable of producing about 30 horsepower. The specs aren’t especially good, but the cruiser is said to have a low kerb weight of 163 kilogrammes. This suggests that the bike will have a decent power-to-weight ratio and will run well.

The new motorcycle, known as the SRV300, is inspired by Harley Davidson’s iconic Iron 883 cruiser. The new bike has an overhead-cam V-Twin engine with water cooling and upside-down front forks. All-black alloy wheels with polished highlights on the sides of the black-painted spokes are featured on the motorcycle. The belt final drive guard is built to look like a Harley Davidson’s holed guard.

The motorcycle is equipped with a 16-inch front wheel and a 15-inch rear wheel. The SRV300 is said to have a 1400mm wheelbase and a maximum speed of 129 kilometres per hour. A dual-channel ABS system comes standard on the motorcycle. For a relaxed ride, the motorcycle has a low stance and forward-set footpegs. The motorcycle has an old-school round headlamp and a teardrop-shaped fuel tank.