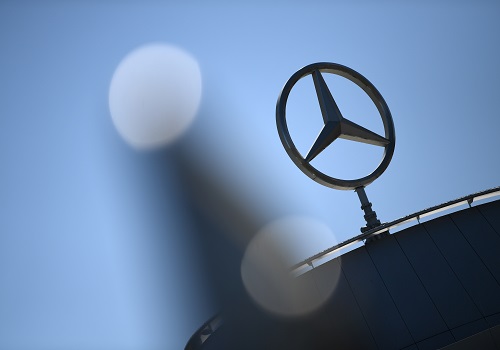 Daimler had a better-than-expected profit in the first quarter, thanks to rising Chinese demand for premium Mercedes-Benz cars and higher sales, which helped it handle the coronavirus crisis.

Mercedes-Benz sales in China increased by 60% to 220,520 vehicles in the third quarter, outperforming the German automaker’s output in Europe, which increased by 1.8 percent to 192,302.

“In the first quarter, favourable sales momentum at Mercedes-Benz Cars, led by all major regions, especially China, strongly supported the product mix and pricing,” Daimler AG said in a statement on Friday.

This represented a faster-than-expected rebound in China’s economy in the first quarter, with growth of 18.3 percent compared to last year’s extreme coronavirus recession. Since they are unable to fly, wealthy Chinese customers have spent their discretionary income on luxurious products.

Chinese customers have aided Daimler’s turnaround in 2020, with revenue rising in the second half of the year and offsetting poor performances in other markets, as well as its German rivals BMW Volkswagen, which announced on Friday that revenues in China increased by 65 percent in March.

Daimler reported that its quarterly consolidated company earnings before interest and tax increased to 5 billion euros ($6 billion) in the first three months of 2021, up from 719 million euros the previous year.

This was higher than the average analyst forecast of 4 billion euros, leading the company to report main estimates a week early. In 2019, the number was 2.3 billion euros.

“The headline figures are an incredible beat even ahead of whisper numbers,” UBS analysts wrote. “However, we believe many investors were already positioning for a blow-out quarter.”

The EQS, Daimler’s first electric car based on a dedicated platform, was unveiled on Thursday, seen as a threat to Tesla’s global domination.

Volkswagen identified China as a crucial catalyst for global automotive recovery on Thursday.

Daimler’s stock increased by as much as 3.1 percent, reaching the highest level in more than five years. Investors are warming up to German carmakers’ electric car plans, with shares up a third year to date.

Carmakers faced a tough manufacturing climate in the second quarter, according to Jefferies analysts, who held a “hold” recommendation on Daimler’s stock.

A lack of critical semiconductors has forced many carmakers, including Ford, General Motors, and Volkswagen, to slash or change demand.

Daimler, which has remained mostly untouched by the chip crunch, declined to comment.