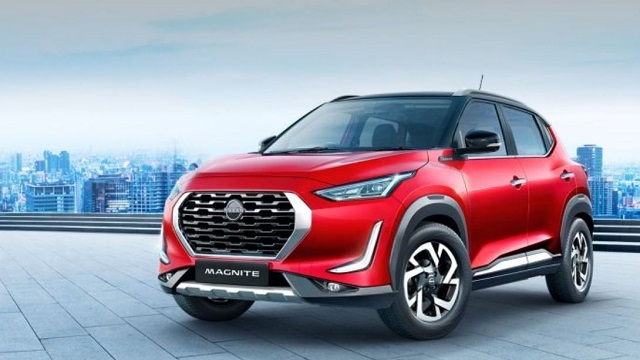 Nissan Motor India has received 50,000 reservations for its Magnite SUV, which will be released in December 2020. Nissan has shipped over 10,000 Magnite units in the four months since its launch. According to the manufacturer, nearly 60% of the bookings are for the top-spec XV and XV Premium versions, with the CVT models accounting for up to 15% of the total. To date, a little more than 10% of Magnite reservations have been made online. After the introduction of the Magnite subcompact SUV, the company claims it has received over 2.78 lakh inquiries.

“We’ve been blown away by the positive reaction to the Nissan Magnite, which is tall, bold, and stunning. The 50,000 bookings mark demonstrates customers’ faith in the Nissan brand and their enthusiasm for the Carismatic SUV, which offers an innovative value proposition as part of Nissan NEXT, the transition strategy aimed at strengthening the company’s footprint and potential “Nissan Motor India’s Managing Director, Rakesh Srivastava, said.

The Nissan Magnite comes in a 20-grade lineup of 36 possible combos. Currently, the carmaker will produce only over 2700 units a month and has a waiting list of up to 4 months, depending on the model. To reduce the waiting time, the company plans to raise manufacturing volume to about 3,500 units per month by July.

A 1.0-litre naturally aspirated engine and a 1.0-litre turbo petrol engine are available for the SUV. The former produces about 71 bhp and 96 Nm of torque, while the latter produces 99 bhp and 160 Nm. A five-speed manual gearbox is standard, but the turbo petrol engine can be equipped with a CVT automatic transmission as an option. The CVT version has 152 Nm of torque, which is significantly less than the manual version.