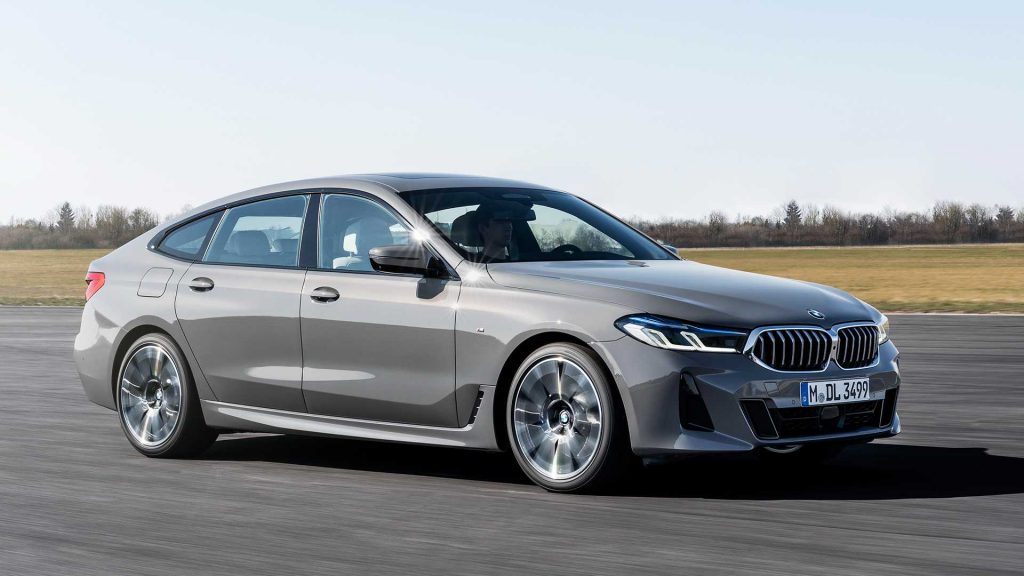 The BMW 6 Series Gran Turismo arrived in India in 2018, and if you exclude 2020 from all estimates due to the pandemic, it feels like we just rode it on our favorite mountain roads outside of Mumbai. Although, in case you forgot, the 5 GT was replaced by the 6 GT, which is a wider and roomier car thanks to the fact that it shares its platform and wheelbase with the regular wheelbase 7 Series (which never came to India).

It also comes in a four-door coupe version, which, while not the most svelte, pits the 6 GT against Mercedes-Benz CLS-Class models. However, its weight, as well as the amount of room and comfort in the back, are factors to remember for those considering purchasing an E-Class long-wheelbase in India. The E-Class, meanwhile, has recently been revamped.

The 6 GT, like its competitor, has opted for a more angular style. BMW, on the other hand, normally means it when they say sharp. Although, as this is a facelift, the nose is now much sleeker than before, despite the fact that the lines of the bodywork or the profile of the vehicle remain largely untouched. The grille has been redesigned to be more angular and proportionate, and the headlamps have been updated with new styling.

BMW replaced the signature Corona Rings in their headlights with what seemed like two hooks until #corona became the most feared keyword, and those have now been replaced with L-shaped DRLs. In my experience, it resembles a Jaguar XF. The M Sport trim has blue details in the headlights, indicating that these are fitted with BMW’s cutting-edge laser lights. They perform admirably, and the lighting is so fine that BMW was able to do away with fog lamps in the bumper. That’s also why the laser lights aren’t available as an alternative on trims that don’t come with them as normal.

As a result of the lack of traditional fog lights, the bumpers feature more edgy cuts and creases, giving the car a cleaner, low-slung, more leaning forward posture. The 6 GT is unquestionably more dangerous than a crouching cat. BMW has also introduced new tyre options that complement the car’s sporty appearance, and the M Sport trim level adds still more sportiness with the option of 20-inch wheels and blue or red brake callipers.

If you ask the “Hey BMW” assistant if she wants to go to the gym, she’ll respond in the same way I do when people say things along those lines. However, she can now respond to new orders, such as those to operate the windshield, change driving modes, or locate your favourite radio station. Just the top-of-the-line 630d M Sport gets motion controls for music and telephony. The same goes with the heads-up camera.

Otherwise, the cabin is pretty much the same as before, which means it will greet you with sleek carpet lighting that matches the ambient lighting; it will be easy to get in and out of amid the coupé-like roofline; it will be roomy in the front and back, and it will have well-appointed upholstery and fabrics.

It fights the E-Class with reclining rear seats, albeit to a lesser extent than before. The four-zone climate control setup is completed by headrest pillows, a generously sized centre armrest, manually controlled window blinds, and A/C vents in the centre as well as on the B-pillar. The M Sport trims now have a range of entertainment screens on either side, which are now standard.

For a short distance, I had someone ferry me in the back seat, and the ride quality is equal to most new German vehicles. Just the harsher road joints are felt inside the cabin, which is very plush. It’s very soft for a BMW, but that’s just in Comfort+ mode, which softens the damping on all four corners’ air springs.

If you like the taut dynamics of a BMW, choose the Sport or Sport+ modes, and the GT can deliver with sharp turn-ins and rear-wheel-drive agility. For our needs, I discovered that the Adaptive mode is the best option. Both of these modes, as you’d imagine, change steering and powertrain responses, and considering its height, the 6 GT is still a blast to drive.

The 2.0l four-cylinder turbo-petrol engine in the 630i has been BSVI compliant since day one, but it remains largely unchanged in the new model. The strength and torque numbers haven’t improved, and our 0-100kmph time of 6.5 seconds is inside the previous range.

Its 400Nm output is evenly distributed across the rev range, so you’ll never be short on fuel. When combined with the sleek ZF transmission, you’ll rarely need to take manual control of the gearbox. And at triple-digit speeds, the powertrain is quiet, and the 6 GT likes to eat up miles, as its name suggests.

If you can’t decide between the back seat and the driver’s seat, the 6 GT is the vehicle for you. It has a split personality, which is one of the car’s biggest selling points. It’s also reasonably priced, comes with a variety of engine choices, and fulfills the pledge of becoming a grand tourer in the BMW tradition of prioritizing driving enjoyment above everything else.