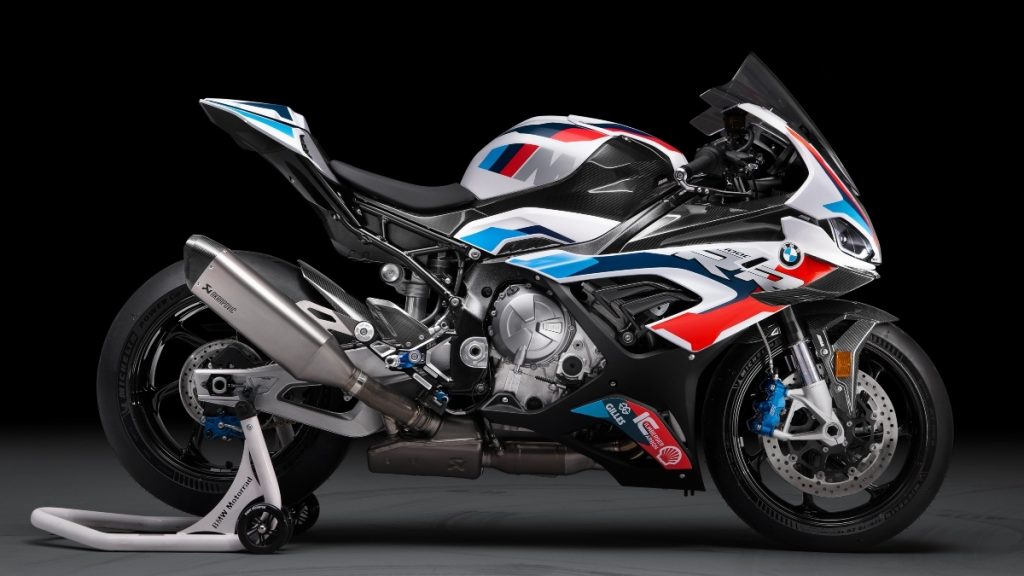 The BMW M 1000 RR is now available for purchase. In India, BMW Motorrad has released two versions of the first ever ‘M’ spec motorcycle. The BMW M 1000 RR costs 42 lakhs, while the M 1000 RR Competition costs 45 lakhs. All rates are in US dollars and are ex-showroom. It’s the ‘M Performance’ version of the S 1000 RR, which is lighter and faster than the regular one. The Competition spec model comes with more features, making it a more powerful track instrument.

Con-rods, rocker arms, pistons, and valvetrain are now lighter in the 999cc four-cylinder engine. In addition, the exhaust system has been upgraded to a complete Akrapovic Titanium system, which is 3.7 kg lighter. The M 1000 RR’s engine produces 209 horsepower at 14,500 rpm and 113 Nm of peak torque at 11,000 rpm. The M 1000 RR, according to BMW, accelerates from zero to 100 kilometres per hour in 3.1 seconds and achieves a maximum speed of 306 kilometres per hour.

The intake ports have been entirely machined, and the duct geometry has also been revamped. Carbon-fibre winglets produce solid downforce on the front wheel, improving grip and reducing front wheel lift, particularly during hard acceleration, and offering more stability at higher speeds. Then there’s the higher windscreen, which improves aerodynamics and allows the passenger to tuck in further.

The motorcycle is mostly designed as a track tool, but it is homologated and road legal as well. The M 1000 RR features BMW’s race pro riding modes as well as the new generation 6-axis IMU box in terms of electronics. This helps the rider to configure the traction control, wheelie control, and engine braking to suit his or her unique needs. The electronics kit also contains launch control. BMW’s M brakes and M carbon tyres, as well as the optional M Competition package, are also included. The M 1000 RR also gets a redesigned frame with a new rake angle and a longer swingarm, resulting in a 16 mm longer wheelbase and improved stability.