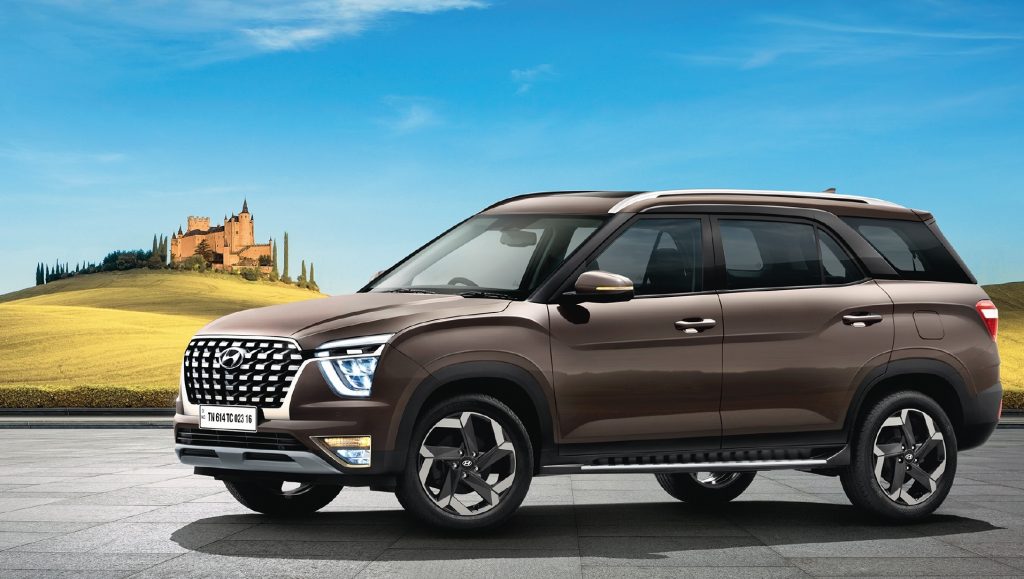 Hyundai Motor India has begun sending the Alcazar 7-seater SUV, which will be released in June 2021. In fact, in May, the automaker shipped 1360 units of the vehicle. It will be the South Korean automaker’s sixth SUV in the country. The Alcazar SUV model selection will be divided into six grades, according to leaked information: Signature, Signature, Prestige, Prestige, Platinum, and Platinum .

The new Hyundai three-row SUV is available with a 2.0L four-cylinder petrol engine or a 1.5L turbo diesel engine. The gasoline engine produces 159 horsepower and 192 Nm of torque, and it can go from zero to 100 kilometres per hour in less than ten seconds. The oil burner is capable of delivering 115bhp and 250Nm. The SUV will be available in three different driving modes: Eco, City, and Sport. A 6-speed manual and a 6-speed torque convertor automatic transmission will be available.

Phantom Black, Starry Night, Titan Grey, Typhoon Silver, Taiga Brown, and Polar White are the six exterior colour choices. The interior of the SUV will be Congnac Brown. The Hyundai Alcazar will have a wheelbase of 2760mm, which is longer than the Tata Safari’s (2741mm) and the MG Hector Plus’ (2741mm) (2750mm). The new Hyundai SUV’s entire length, breadth, and height have yet to be announced. Prices are expected to range from Rs 13 lakh to Rs 20 lakh (ex-showroom).