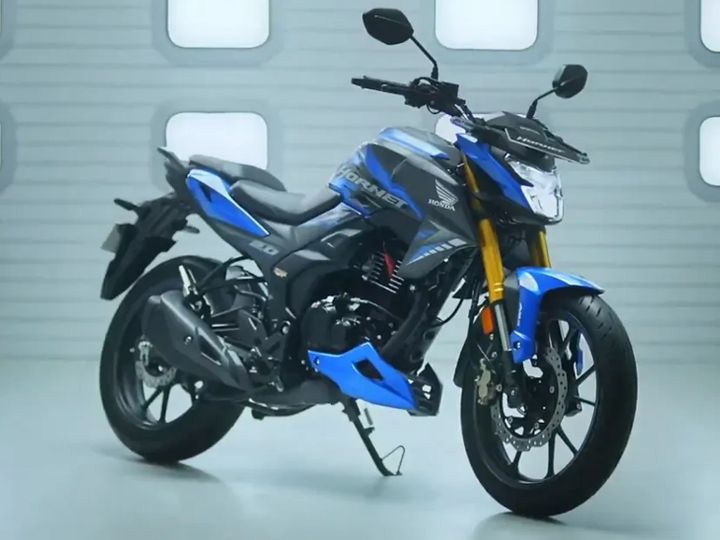 Soon, Honda 2Wheelers India will unveil its new entry-level adventure motorbike. The Hornet 2.0 will serve as the foundation for the new adventure bike. The Honda NX200 is rumoured to be the name, as the term has just been trademarked in India. Multiple teases have been been published by the business, confirming that the new motorbike would be a forthcoming ADV.

The Hornet 2.0 roadster chassis and stylistic features will be shared by the upcoming Honda NX200. The new Adventure motorbike is expected to share features, design aspects, and mechanism with the Hornet 2.0, not just the platform. The teasers reveal a front end with LED headlights and Knuckle-guard integrated front turn indicators.

To shield the rider from windblasts, the new Honda NX200 will sport a large windscreen and a semi-fairing design. Split-style seats and a two-piece pillion grab rail are most likely to be included. Most likely, the new motorbike will be a rebadged version of the CBF190X, which is currently on the market in China. There will be certain modifications to the motorbike that are particular to India. The new adventure motorbike will be more road-oriented, with some off-road capability.

The new Honda NX200, which will be built on a new diamond frame chassis, will most likely get its engine and transmission from the Hornet 2.0. It is planned to be driven by a single-cylinder, air-cooled, fuel-injected 184.4cc Honda engine featuring Honda’s programmed fuel injection (PGM-FI) and Honda Eco Technology (HET). The PGM-FI is made up of eight on-board sensors that continually inject the right amount of fuel and air into the engine. At 8,200rpm, the petrol engine produces 17.2bhp and 16.1Nm of torque at 6,000rpm.

The motorbike is projected to have a front wheel diameter of 19-20 inches and a rear wheel diameter of 18 inches. The adventure motorcycle’s braking system might have 276mm front and 220mm rear petal disc brakes with single-channel ABS (Anti-Lock Braking System). The motorbike will include USD front forks and a rear monoshock that can be adjusted.