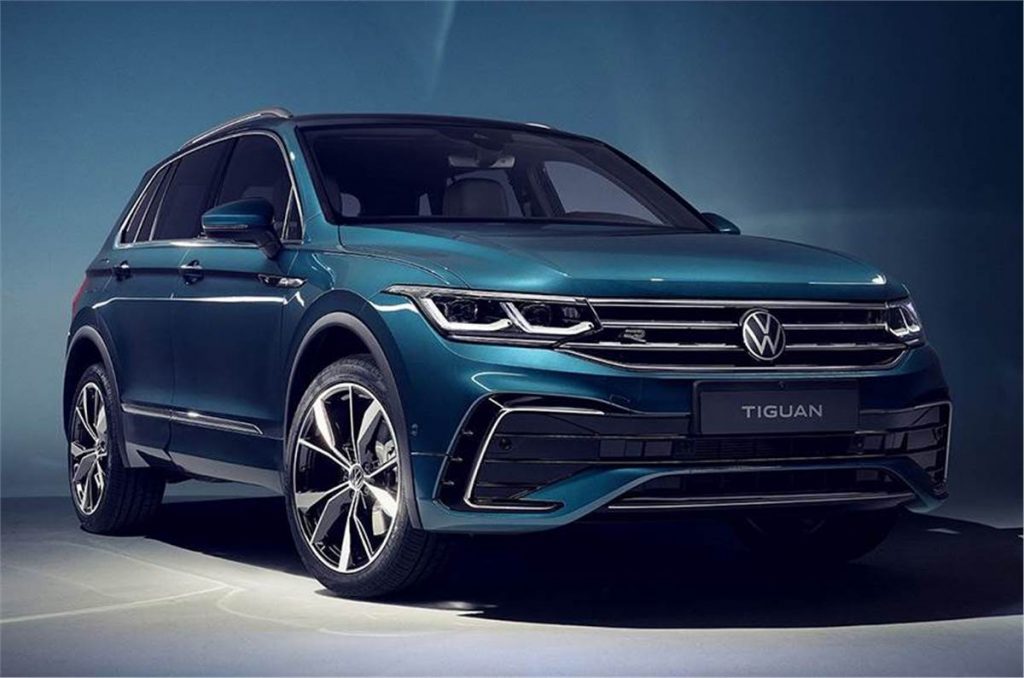 Volkswagen retired the Tiguan in 2020, for those who are unaware. In March 2021, the company launched an upgraded model with design updates and a BS6-compliant engine.

The front fascia of the 2021 Volkswagen Tiguan has been entirely redesigned, including a revised front grille and clearer headlamps. The Atlas Cross and the European Touareg influenced the front style. The new LED Matrix headlamps will also be available on the top-end model. The SUV gets a new front bumper and redesigned air intakes, as well as triangular-shaped fog lamp clusters. New alloy wheels, L-shaped LED taillights, a redesigned bumper with a diffuser plate, and ‘TIGUAN’ lettering in the centre of the tailgate are among the other updates.

The majority of the specifications and dashboard style from the Tiguan All Space were carried on to the 2021 Volkswagen Tiguan. The climate control device would have a touch interface. An 8-inch touchscreen infotainment system with mobile access, an electric panoramic sunroof, connected car technology, and leather seats are among the highlights of the SUV. It has a 3-zone climate control system and an eight-way electrically adjustable driver’s seat.

For safety and stability, the Tiguan facelift will have six airbags, ABS with EBD, ESP, hill start and descent assist, and a tyre pressure control feature. It will be powered by a 2.0-litre turbo-petrol engine with a peak torque of 320Nm and a maximum power output of 187bhp. The power will be sent to the front wheels through a 7-speed DSG transmission. Volkswagen’s 4MOTION all-wheel-drive system will also be included on the SUV.

The 2021 Volkswagen Tiguan is expected to be priced under Rs 30 lakh, and will compete with the Hyundai Tucson, Jeep Compass, and Citroen C5 Aircross.