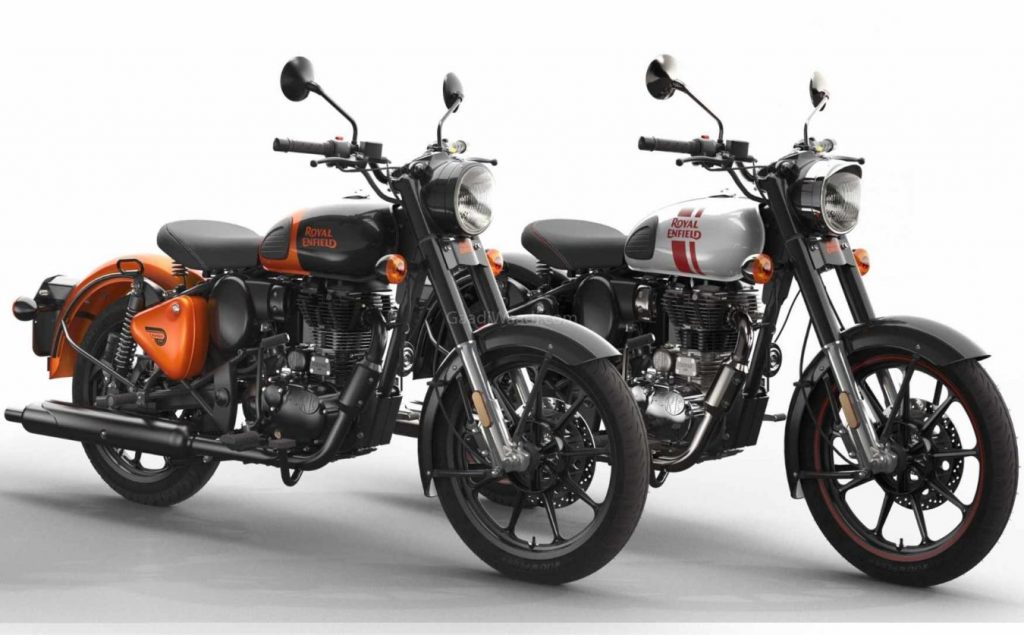 For the Indian market, Royal Enfield is developing a number of new motorbikes. The business is currently testing two new 350cc motorbikes, the Classic 350 and the Hunter 350. RE is also planning to expand its 650cc motorbike lineup by introducing two new cruisers in the next 12 months.

The new-generation Royal Enfield Classic 350 has been sighted in a dealership, indicating that it will be available in our market soon. The video showcases all of the new Classic’s design upgrades and major features. The new-generation RE Classic 350 will be built on the same architecture as the Meteor 350. The new platform, dubbed the “J” modular architecture, will be utilised to produce a new breed of RE 350cc motorbikes.

The Meteor 350, which replaces the popular Thunderbird nameplate, is said to have improved overall ride quality and characteristics thanks to its twin downtube spine frame. To eliminate vibrations, the business has installed a balancer shaft, which will improve the entire riding experience.

The new Royal Enfield Classic 350 will be driven by a 349cc fuel-injected engine with a maximum power output of 20.2bhp at 6,100rpm and a maximum torque output of 27Nm at 4,000rpm. It will be mated to a 5-speed transmission.

The new Royal Enfield Classic 350 will have a 270mm rear disc with a single piston floating calliper and a 300mm front disc with dual piston floating calliper. A dual-channel ABS system will be included as standard equipment. It will be equipped with 19-inch front wheels and 18-inch rear wheels, which will be shod with 90/90 and 110/90 section tyres, respectively. Telescopic front forks and dual gas-charged shock absorbers will make up the suspension system.

The video reveals that the new-generation Royal Enfield Vintage 350 would keep its classic appearance. The bike has a retro-styled round headlight, updated handlebar grips and switchgear, relocated grab rails, redesigned turn indicators, and slimmer circular LED taillights. Ergonomics and sitting comfort will be enhanced as well. The RE Tripper Navigation System and a new digital-analogue instrument console are added to the motorbike. The Tripper navigation system was co-developed by Royal Enfield and Google, and it works by syncing the smartphone with the Royal Enfield app through Bluetooth.