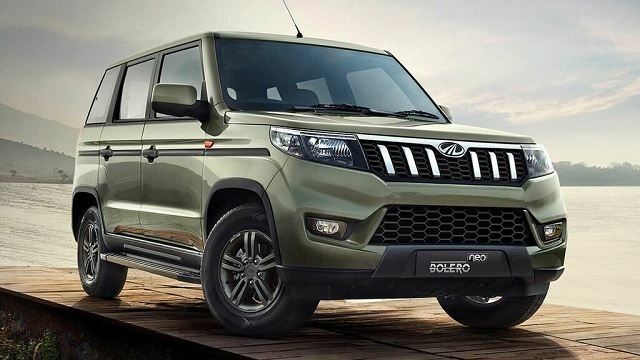 The new Mahindra Bolero Neo is powered by a 1.5L mHawk 100 diesel engine with a 5-speed manual transmission. The oil burner has been adjusted to produce 100bhp and 260Nm at 3750rpm and 1750rpm, respectively. The small SUV is reported to get 17.28 kmpl, which is somewhat less than the BS4 model. Rockey Beige, Napoli Black, Diamond Pearl, Majestic Silver, Highway Red, and Pearl White are the six colour options offered.

The Mahindra Bolero Neo model selection will be expanded further with the debut of a 9-seater variant. The three-row version, dubbed the Bolero Neo Plus, will be longer (about 400-410mm) than the normal type.

It will be equipped with side-facing bench-style seats in the boot area. The Neo Plus will not receive any additional design or functionality updates.

The 2017 Bolero Neo competes in the sub-4 metre segment against a number of monocoque small SUVs, including the Maruti Vitara Brezza, Kia Sonet, and Hyundai Venue.