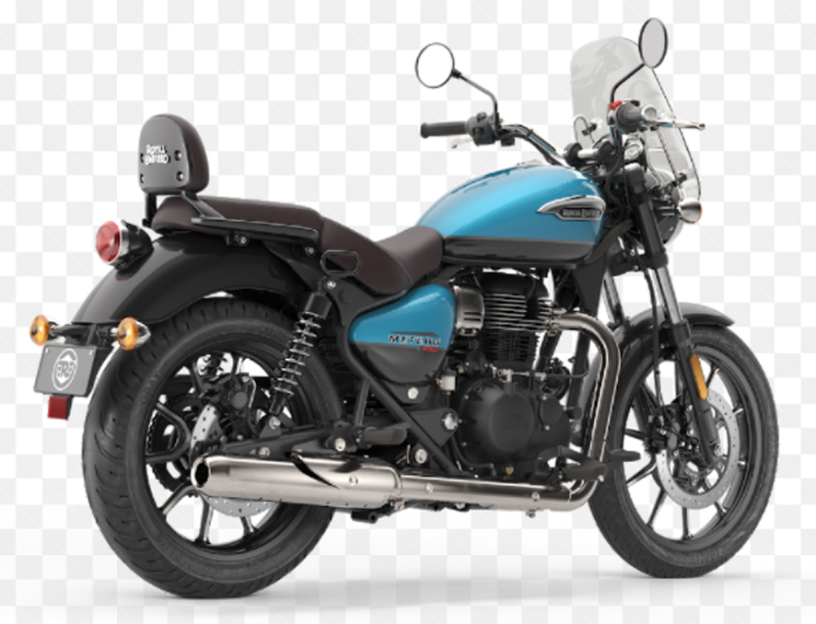 The Royal Enfield Meteor 350 is currently the country’s second best-selling motorcycle from the Chennai-based motorcycle manufacturer. The group is working on a 650cc cruiser version of the Meteor and Classic 350, according to sources. The ‘Royal Enfield Shotgun’ may be the name of the production variant of the upcoming Royal Enfield 650cc cruiser motorcycle. RE currently offers three 350cc bikes (Bullet, Classic, and Meteor), two 650cc café racers (Interceptor and Continental GT), and an adventure tourer in India (Himalayan).

Although the company has no plans to expand its tourer lineup, a digital version of a potential RE tourer based on the Meteor 350 has surfaced. The made Royal Enfield Meteor 350 tourer features an aerodynamic configuration that includes a front semi-fairing with a wider windscreen. Mounts for hard case panniers and mudguards are included. The RE Meteor 350 tourer has a larger seat than the regular edition, allowing for a more comfortable riding posture.

Although the side reflectors provide protection, there is storage space on the top rack, as well as a hard case top box mounted at the back. The made Royal Enfield Meteor 350 tourer has a significantly longer wheelbase than the regular model. The round headlamp, handle bars, teardrop shaped fuel tank, alloy wheels, and engine case all seem to be carried over from the stock model.

The Royal Enfield Meteor is powered by a 349cc single-cylinder engine that produces 20.2bhp at 6100rpm and 27Nm of torque at 4000rpm. The engine has a vibration-reducing balancer shaft. The transmission duties are handled by a 5-speed gearbox on the bike. It has a front braking mechanism with a 300mm disc and a rear braking system with a 270mm disc. The Meteor 350 has a traditional 41mm telescopic fork with 130mm of travel and twin shock absorbers with 6-step preload modification in the rear suspension.