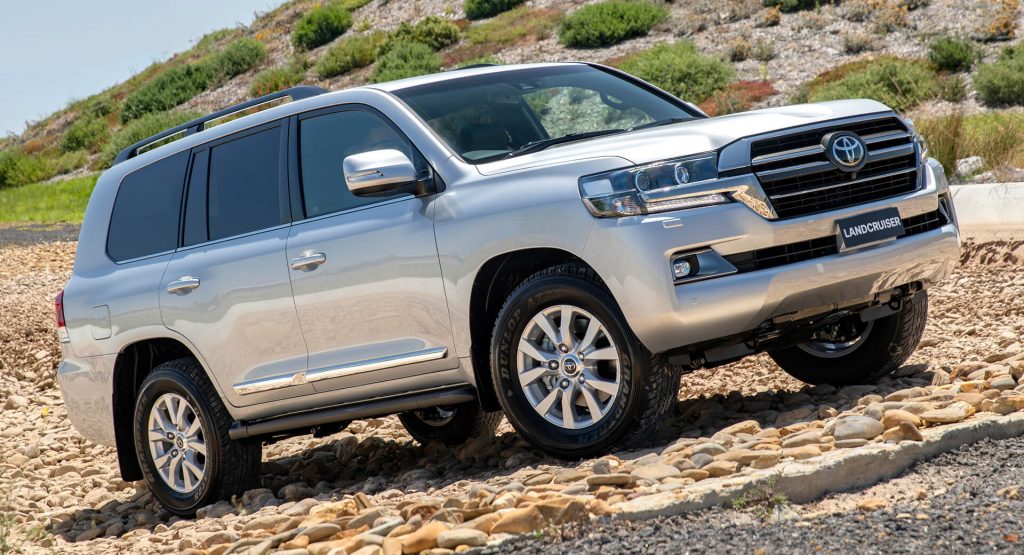 The new-generation Toyota Land Cruiser will make its international debut in Dubai on June 9, 2021. While there is no official announcement on when it would be released in India, it is expected to be either this year or early next year. According to rumors, the 2022 Toyota Land Cruiser will be available in three trim levels in South Africa (GX-R, GR-S, and ZX). The GR-Sport model will incorporate Toyota’s Gazoo Racing division’s E-Kinetic Dynamic Suspension System (E-KDSS) and differential locking at the front and rear axles. The GX-R and ZX grades will have independent front suspension and four-link rear suspension.

Two engine options will be available for the Toyota Land Cruiser in 2022: a 3.3L V6 turbo diesel and a 3.5L twin turbo petrol. A 10-speed torque converter automatic gearbox will be used with both motors. The SUV will be offered in certain worldwide countries with a new 2.8L, 4-cylinder common rail diesel engine that produces tremendous power of 200bhp and torque of 500Nm. The new Land Cruiser will sport a low-range transfer case and a 4WD (four-wheel drive) system.

According to the most recent spy photos, the new-generation model will be more refreshing than the current one. It will have a huge rectangular chrome grille, a U-shaped intake, thinner headlights, and a redesigned bumper up front. The 2022 Toyota Land Cruiser will have harsher side creases than the present model, which has smooth curves. The enlarged greenhouse area, substantial wheel arches, and door mounted mirrors seems to be inspired by the Land Cruiser Prado.

Tubular side steps and 18-inch wheels will come standard on the off-road-focused GR-S variant. The top-of-the-line ZX grade will have 20-inch wheels, a motorised tailgate with a kick sensor, and lighted side steps. A 12.3-inch touchscreen infotainment system with smartphone connectivity, a 3D multi-terrain monitor, heads-up display, premium leather upholstery, four-zone climate control, rear seat entertainment with dual 11.6-inch touchscreens, rear camera with rear washer, and premium leather upholstery will round out the list of features.