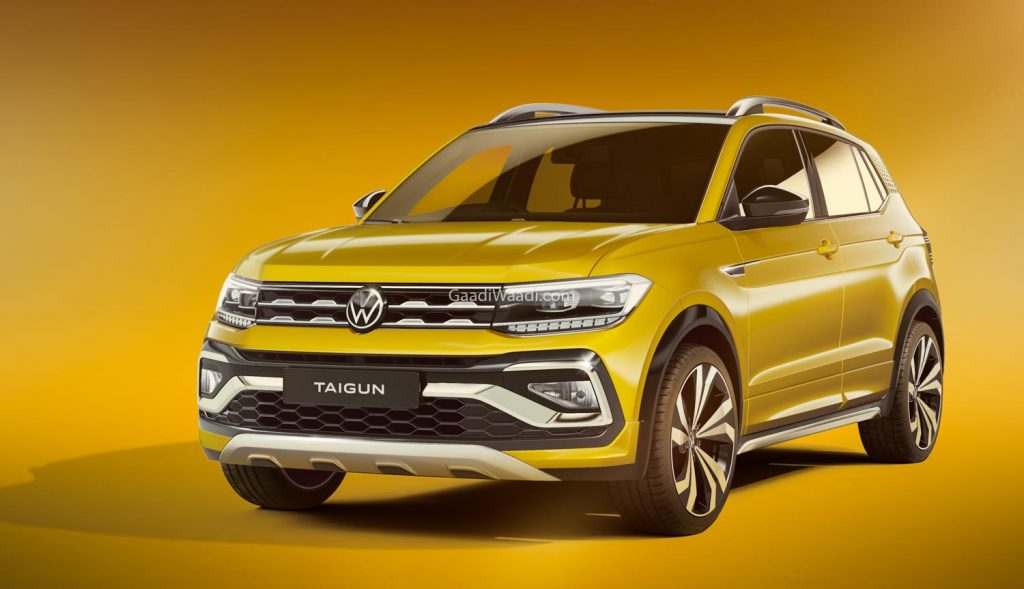 The Volkswagen Taigun will be available in India in the coming weeks. The SUV is based on the MQB A0 IN platform, which was designed specifically for India and contains up to 95 percent indigenous components. The 1.0L, 3-cylinder TSI turbo and 1.5L, 4-cylinder TSI turbo petrol engines will produce 113bhp and 175Nm and 148bhp and 250Nm, respectively, in the model lineup. Both motors will come with a 6-speed manual transmission. For the 1.0L and 1.5L engines, a 6-speed automatic and a 7-speed DSG automatic transmission will be available.

The range-topping Taigun GT version will be available with sportier design features and just the 1.5L petrol engine. It will be available with both manual and automatic transmissions, as previously stated. According to reports, the GT manual version would be priced aggressively to make it “a lot more affordable.” The manual version will be lacking in a few aspects when compared to the automated version.

LED headlights, 16-inch alloy wheels, rear wipers and washers, a 10-inch touchscreen with wireless Apple and Android Auto connectivity, automatic climate control, engine start-stop, a touch-operable panel, wireless charging, dual airbags, electronic stability programme (ESP), reverse camera, and ABS with EBD will all be available on the GT manual. It will also have a few pre-installed applications. Differently styled headlights and alloy wheels, plenty of chrome, red accents on the side, leather armrest, and ambient lighting are all included in the GT versions.

Later versions of the Volkswagen Taigun GT Line might feature cooled seats. In the next months, the automaker may possibly release a new GT edition with blackened chrome components.