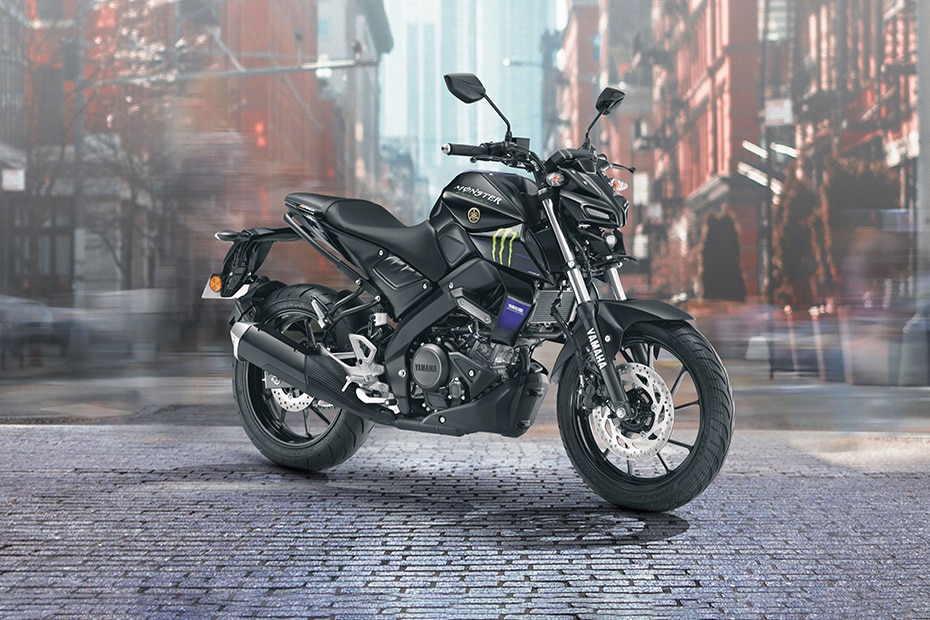 In India, Yamaha has unveiled the new MT 15 Monster Energy MotoGP Edition. The new Yamaha MT 15 MotoGP Edition comes with aesthetic enhancements and is priced at Rs 1.48 lakh (ex-showroom). The new version costs around Rs 1,400 more than the standard MT-15, which costs Rs 1,45,600. By paying a nominal sum of Rs 2,000, interested customers may pre-book the motorbike online or at the showroom.

The gasoline tank extensions on the Yamaha MT 15 MotoGP Edition include distinctive Monster Energy graphics. MotoGP braning may be seen on the fuel tank shrouds, side panels, and the fuel tank itself. Golden paint covers the large Yamaha logo. Except for these modifications, the motorbike resembles a conventional motorcycle. The motorbike sports dual LED DRLs and an LED projector headlight. The new model comes in a single black colour and has Monster Energy MotoGP Edition graphics.

The same BS6-compliant 155cc single-cylinder liquid-cooled engine powers the MT 15 MotoGP Edition. The motor, which is combined with a six-speed gearbox and the slipper and assist clutch, can produce a maximum power of 18.3bhp and a peak torque of 14.1Nm.

Front and rear hydraulic single disc brakes with a single channel ABS system provide braking force to the motorbike. According to reports, the firm intends to equip the MT-15 with a dual-channel ABS system.

The bike’s suspension is comprised of telescopic forks up front and a swingram rear unit. It has a side-stand engine cut-off button, radial tyres, an all-digital LCD instrument panel, and LED taillights and turn indicators.

The Yamaha MT 15 is built on the same Deltabox frame as the R15 V3.0. The firm has already begun development on the R15 Version 4.0, which has been observed testing in India and Indonesia on several occasions. Yamaha has also registered the R2 moniker as a trademark. This might be the name of a new motorcycle that will sit atop the R15.