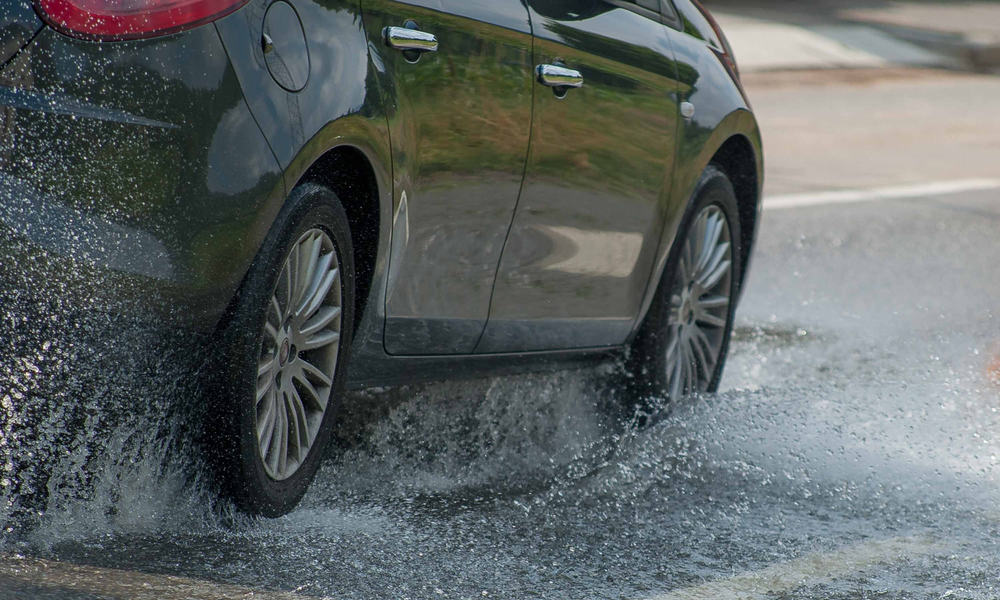 My 12-year-old daughter is only a couple years away from being able to use a motor vehicle. Nonetheless, as a caring mom, I believe it is my responsibility to brace her for the days ahead when she will eventually be behind the wheel.

When the sky opened up one day while we were on the road together and it began to pour, I asked her (just for laughs) if she knew what to do in the rain. She naturally replied with the kind of bemused expression that only a moody tween could muster.

“I don’t know, Dad,” she said, rolling her eyes sarcastically. “How is turning on the wipers?”

Sweetheart, you gave an excellent answer. However, there’s a bit more to that. Even if you aren’t travelling with a wisecracking boy, here are a few tips that will come in handy when the roads are wet.

1. Hydroplaning is not a friend of yours.

If you have any idea when you’re most likely to hydroplane on a wet surface? That can happen within the first 10 minutes of a light shower, as the water mixes with the sticky residue on the roads, making them slick. Naturally, the risk of skidding increases as the rain begins to fall. So, what’s the most obvious way to stop hydroplaning? Take it easy! Given that speed is linked to more than 30% of all car crashes, according to the National Highway Traffic Safety Commission, it only makes sense to keep your foot off the accelerator, particularly when it’s raining.

2. Don’t be afraid to pull over if you need to.

It’s tempting to try to drive through the storm, particularly if you’re in a rush. However, depending on how bad the visibility is, pulling off the road to wait out the storm may not be the worst option. A few minutes spent sitting in a parking lot or at a gas station will go a long way toward ensuring your wellbeing. Remember to flip on your hazards if you have to pull over onto the shoulder.

Anyone who recalls their driver’s education courses will note the two-second maxim. It’s a rule that encourages drivers to keep a safe gap (or a two-second buffer) behind the vehicle in front of them. When the roads are slippery, it’s just fair to add extra time. Two seconds is usually a healthy distance under the safest of road conditions. Also the most attentive driver would benefit from adding a second or two to give enough time to respond to other rain-soaked cars.

4. Switch on your lights and turn off your hazards.

And in bright sunlight, driving with the headlights on isn’t a bad idea. You’re doing yourself and others a favour by making yourself more accessible to other drivers on the lane. It should be a no-brainer to turn on the lights when it’s raining. During floods, visibility is always reduced, and it’s important for other drivers to see you as clearly as possible. However, driving with your warning lights on during a rainstorm is equally necessary (and in some jurisdictions, illegal). Since hazards usually indicate that a vehicle has come to a halt, having yours on can be unsafe and frustrating for other drivers.

Although driving in the rain can be frustrating, it doesn’t have to be a nightmare if you follow a few basic rules and use common sense. Even, any suggestion from a 12-year-old can be taken with a grain of salt.