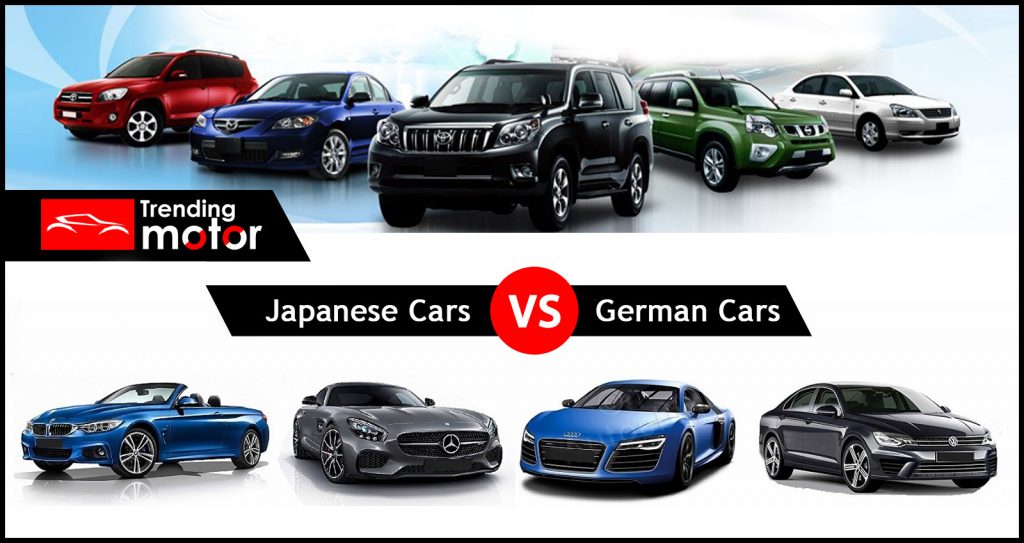 Germany and Japan are the big shots in the field of automobile manufacturing, especially the Utility vehicles. But there is always a question of who is the better one. This is one of the toughest questions to answer. Whether to choose Japanese or German cars.

Japanese cars are heard to be built to last with a simple care. The Toyota cars are bought for everyday use and they require very less maintenance in the longer run. Built to last cars are the cars that usually run 250,000 miles or even more.

While German cars are cars that are made for luxury or the most popular ones are sports cars. German cars might not have the long-wearing cars but owners tend to buy a Mercedes-Benz or a BMW or Volkswagen cars for comfort and fast. With more advanced cars, German cars give a sturdier feel, controlled and smooth ride whereas Japanese cars would likely to shake a lot on bumpy roads.

For the interior, owners would likely choose German cars. German cars have better stereo and also comfort comes to those who sit in the back row. German cars have wider space room so people who sit at the back don’t get dizzy or sick. The most important part is safe. Although safe cannot be guaranteed, German cars are safer due to the airbags placing while Japanese cars have fewer airbags provided inside the car.

According to an industry survey, it is known that German cars are amongst the least reliable, and Japanese cars amongst the most dependable.

German manufacturers, such as Audi, Mercedes Benz, Porsche, and etc. took four of the bottom six places in a reliability table based on the experiences of 50,000 UK car owners.

In contrast, Japanese manufacturers, such as Honda, Suzuki, Toyota, and Mazda took four of the top six places.

To choose between Japanese or German cars depends on what you need. If you are in a budget you could always get the German cars but you have to keep it taken care of because German’s are not like Japanese cars that have better longevity for daily activities without spending more money for the car services.

The safest way to have a car for a long time in your life is to choose Japanese car manufacturers, such as Honda and Toyota. Maybe some of you will love the interior and exterior of the German cars better than Japanese cars, but German cars are not as dependable as the Japanese cars. Well, all depend on you to choose it.

The Germans build cars to show off their engineering expertise and add in a lot of technologies which they experiment and try to improve for years.

The Japanese have mastered the art of providing reliable products which prove to be much more disciplined than the Perfect Japanese.