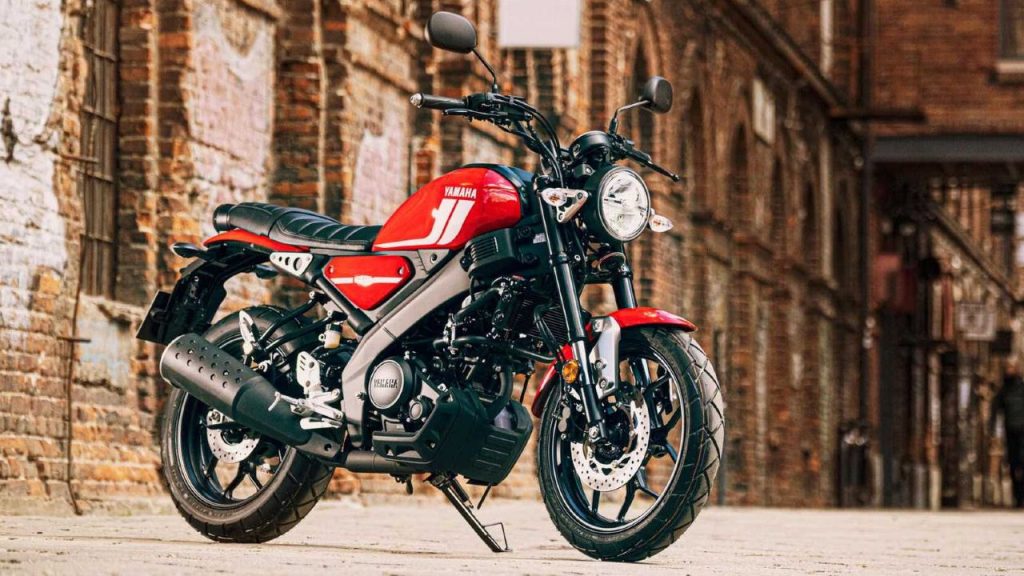 Yamaha, a Japanese two-wheeler manufacturer, is planning to extend its XSR neo-retro motorcycle range. Buyers from all around the world have been enthusiastic about the company’s XSR155. Yamaha is preparing to release a new XSR125 retro-styled entry-level motorcycle in Europe and other markets. This bike will compete with the Honda CB125R, which is available in a number of foreign markets.

The type-approval paper for the Yamaha XSR125 has been leaked on the internet, revealing some specifications such as performance and measurements. The next kid neo retro-styled XSR is scheduled to make its global debut in the third quarter of 2021.

The 125cc liquid-cooled single-cylinder engine that drives the Yamaha R125 and MT-125 will power the Yamaha XSR125. This engine will produce 14.9PS of power at 10,000rpm and 11.5Nm of peak torque at 8,000rpm. The engine features variable valve actuation, which improves top-end output without sacrificing low-end performance.

The Yamaha XSR125 will be built on the same chassis as the R125 and MT-125, with a Diamond frame and aluminium swingarm. The bike comes standard with 292mm front and 220mm rear disc brakes, as well as ABS. The updated XSR125 is 2mm thinner, 1mm wider, and 10mm taller than the XSR155. The suspension setup and other cycle components are shared between the R125 and the MT-125. The 17-inch wheels on the neo retro-styled bike are shod with 110/70 section front and 100/80 section rear tyres.

In India, Yamaha will introduce the Yamaha FZ-X 150, a brand-new retro-styled motorcycle. It is based on the Yamaha FZ Fi and FZS Fi, all of which have a 150cc engine. It would be 30mm longer, 4mm larger, and 35mm taller than its nude brother or sister. The bike does, however, have a 1,330mm wheelbase, which is identical to the FZ15. The new Yamaha FZ-X retro-styled motorcycle will be powered by a new 149cc air-cooled SOHC engine with a peak torque of 13.3Nm at 5,500rpm and 12.4PS of power at 7,250rpm. This engine is mated to a constant mesh 5-speed transmission.